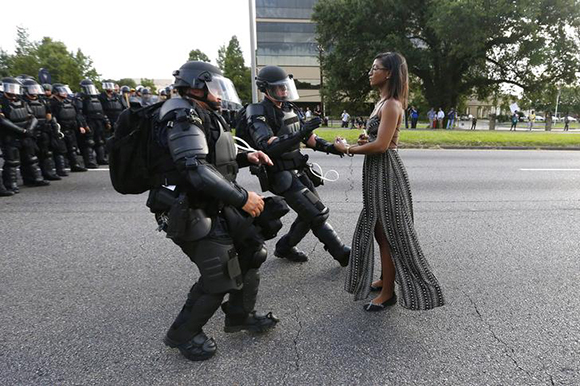 A demonstrator protesting the shooting death of Alton Sterling is detained by law enforcement near the headquarters of the Baton Rouge Police Department in Baton Rouge, Louisiana, USA. July 9, 2016.
Photo by Jonathan Bachman 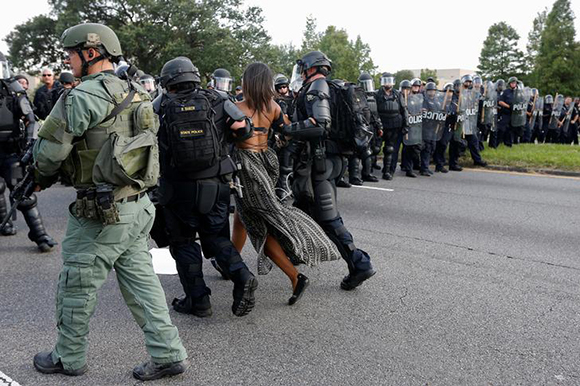 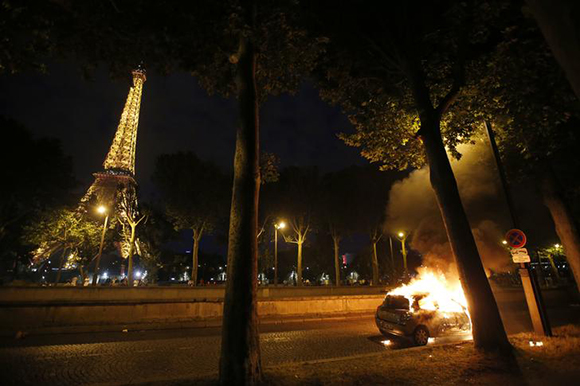 Flames from a burning car is seen near the Eiffel Tower during the Portugal v France EURO 2016 final soccer match, at the Eiffel Tower in Paris, France. July 10, 2016.
Photo by Stephane Mahe 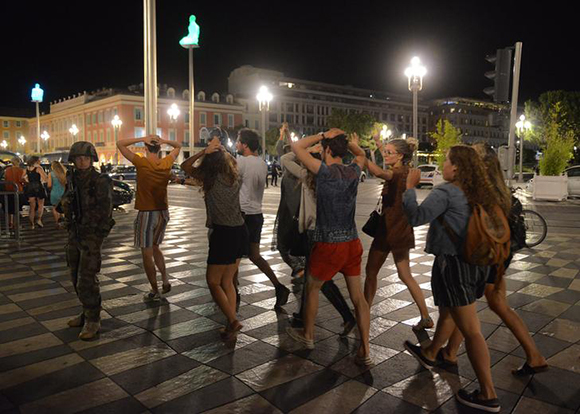 People cross the street with their hands on thier heads as a French soldier secures the area, after at least 60 people were killed along the Promenade des Anglais in Nice, France. July 15, 2016.
Photo by Jean-Pierre Amet 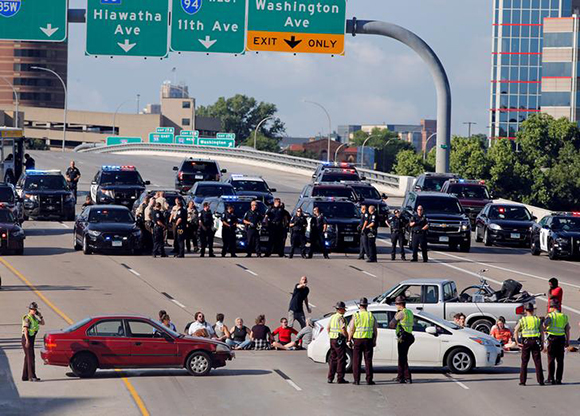 Protestors block the southbound lane of Interstate 35W in protest of the killing of Philando Castile in Minneapolis, Minnesota, USA., July 13, 2016.
Photo by Eric Miller 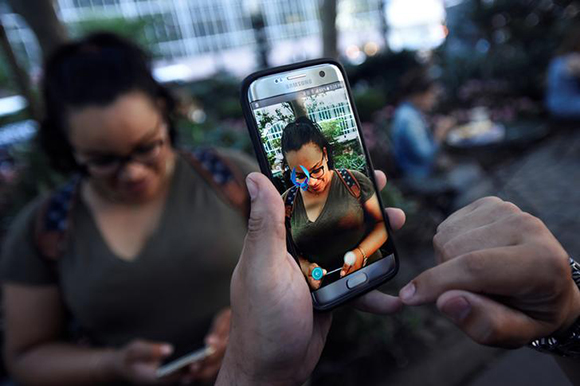 A Pokemon appears on the screen next to a woman as a man plays the augmented reality mobile game «Pokemon Go» by Nintendo in Bryant Park in New York City, USA. July 11, 2016.
Photo by Mark Kauzlarich 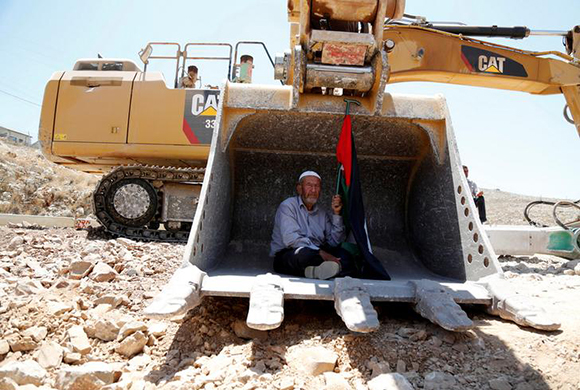 A man holding a Palestinian flag protests as he sits in the scoop of an Israeli excavator as tries to prevent it from clearing his land during a protest against Jewish settlements, near the village of Deir Qaddis near the West Bank city of Ramallah. July 13, 2016.
Photo by Mohamad Torokman 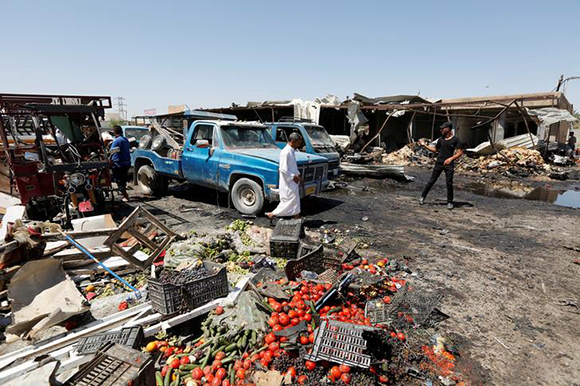 Residents gather at the site of car bomb attack in Rashidiya, a district north of Baghdad, Iraq. July 12, 2016.
Photo by Ahmed Saad 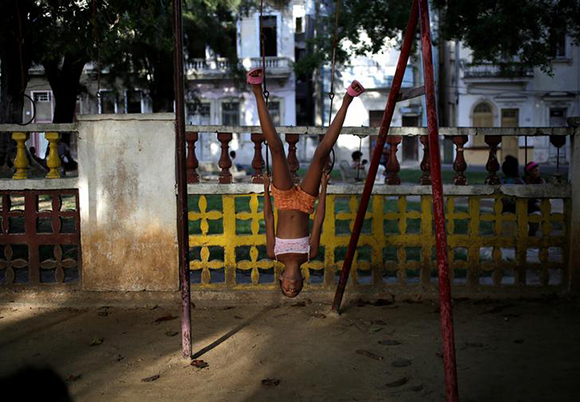 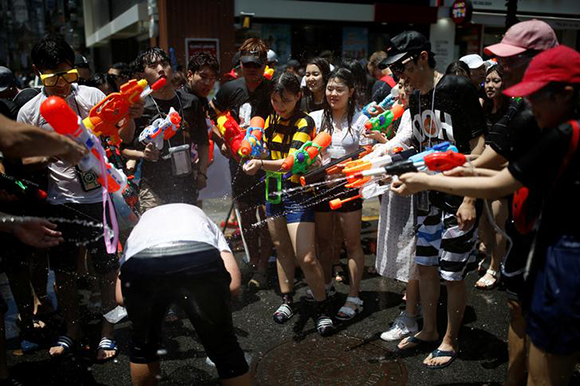 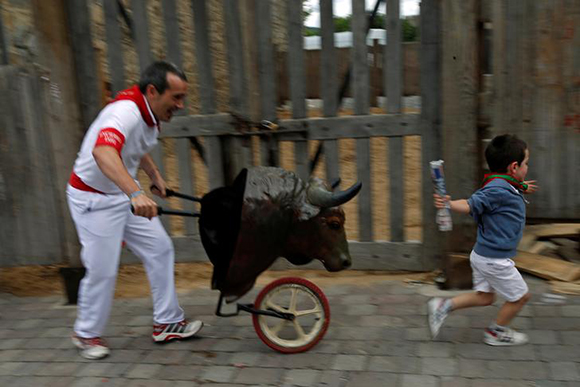 A boy is chased by a toy bull as he takes part in the Encierro Txiki (Little Bull Run) during the San Fermin festival in Pamplona, Spain. July 13, 2016.
Photo by Susana Vera 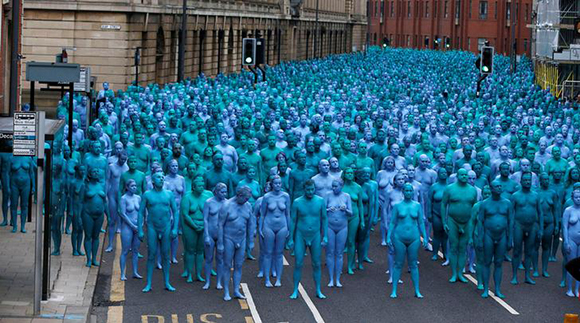 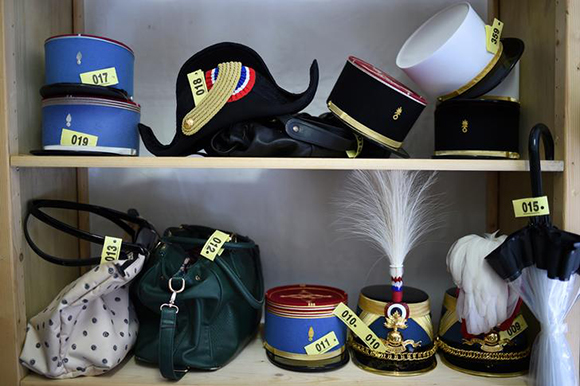 A picture shows a bicorn hat, an umbrella, bags and different types of flat-topped French military caps in a cloakroom at the Defence ministry in Paris, France, during the annual reception in honour of the French Armed Forces, France. July 13, 2016.
Photo by POOL New 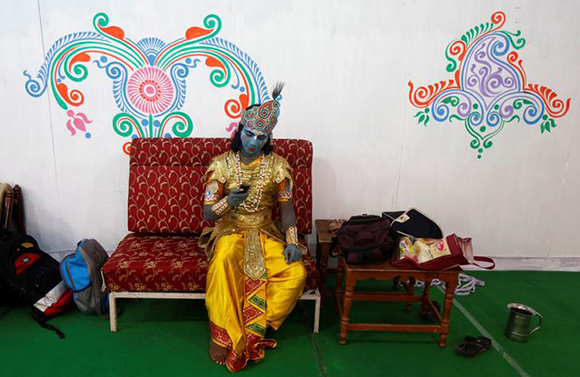 An artist dressed as Hindu Lord Krishna checks his mobile phone as he waits to perform on the last day of the week-long celebration of Lord Jagannath’s «Rath Yatra», or the chariot procession, in Kolkata, India. July 14, 2016.
Photo by Rupak De Chowdhuri 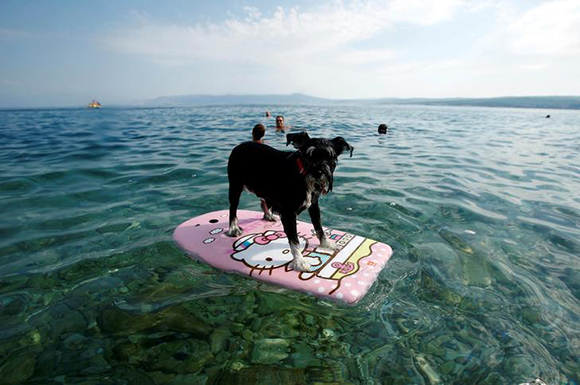 A dog is seen on a swimming board at dog beach and bar in Crikvenica, Croatia, July 12, 2016.
Photo by Antonio Bronic