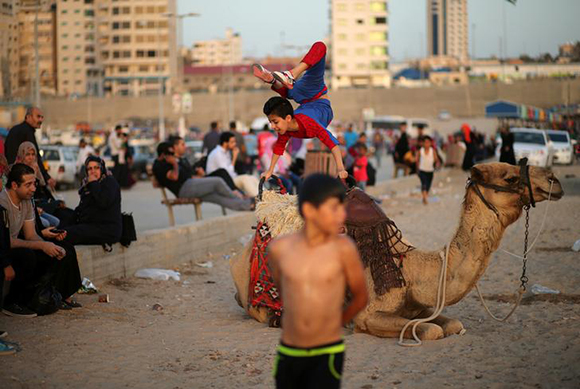 Palestinian boy Mohamad al-Sheikh, 12, who is nicknamed ‘Spiderman’ and hopes to break the Guinness world records with his bizarre feats of contortion, demonstrates acrobatics skills on a camel at a beach in Gaza City June 2, 2016. 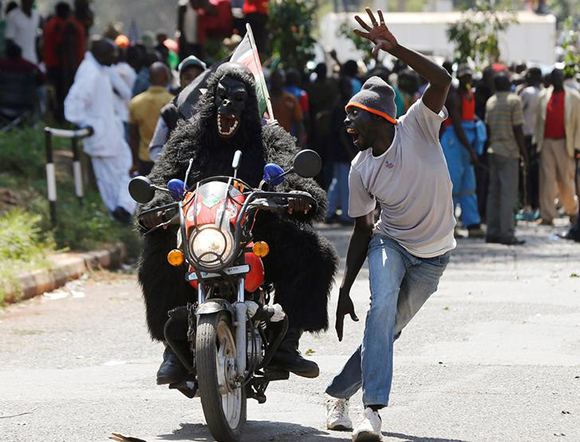 A supporter of Kenya’s opposition Coalition for Reforms and Democracy (CORD), dressed in a gorilla suit rides a motorbike as he leaves after attending a rally to mark Kenya’s Madaraka Day, the 53rd anniversary of the country’s self rule, at Uhuru Park grounds in Nairobi, Kenya, June 1, 2016. 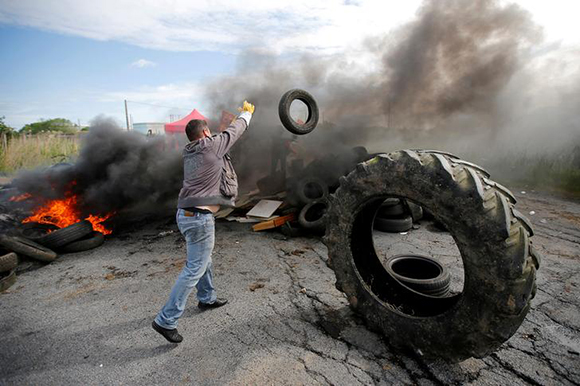 An employee at French oil giant Total throws a tyre onto a burning barricade to block the entrance of the deposit of the society SFDM near the oil refinery of Donges, France, Date Imported: June 3, 2016 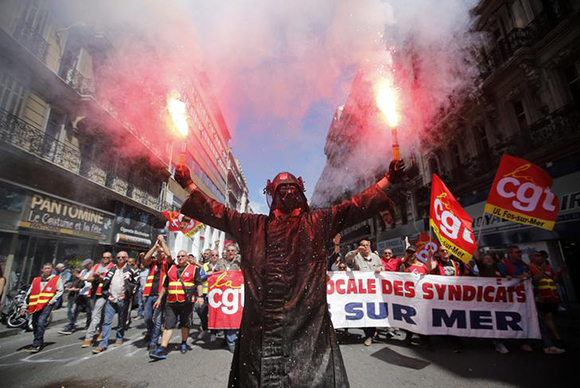 An Arcelor Mittal steel worker, dressed in a protective work suit with a mask of Darth Vader from Star Wars, holds flares during a demonstration in protest of the government’s proposed labour law reforms in Marseille, France, June 2, 2016. 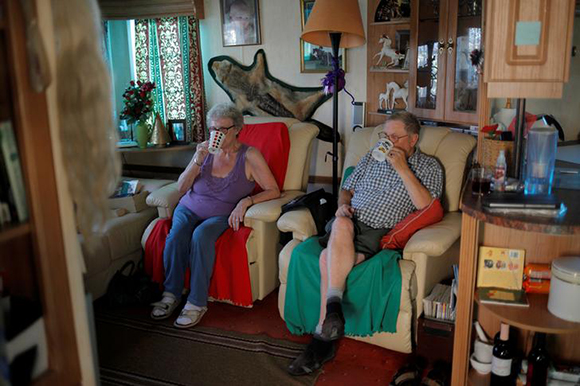 British retiree Peter Harrison, 74, and his wife Anne, who have been living in Spain for 9 years, watch the television as they drink a cup of tea in their mobile home at Saydo Park in the outskirts of Mollina, southern Spain, May 18, 2016. 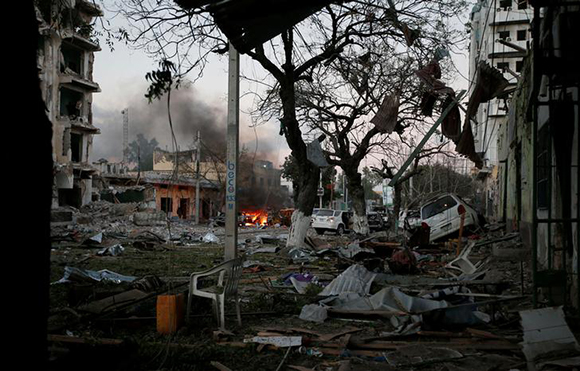 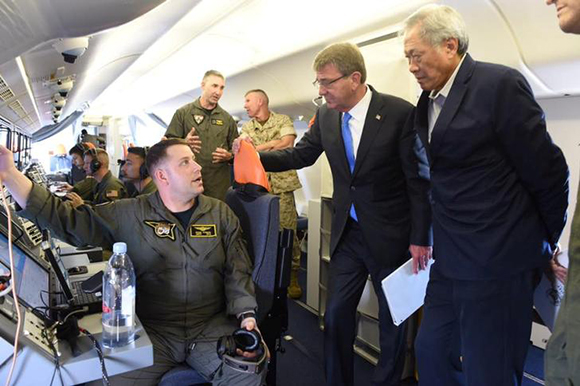 U.S. Secretary of Defense Ash Carter and Singapore’s Minister of Defence Ng Eng Hen aboard a P8 aircraft above the Singapore Straits June 3, 2016.

Photo by U.S. Department of Defense/Handout 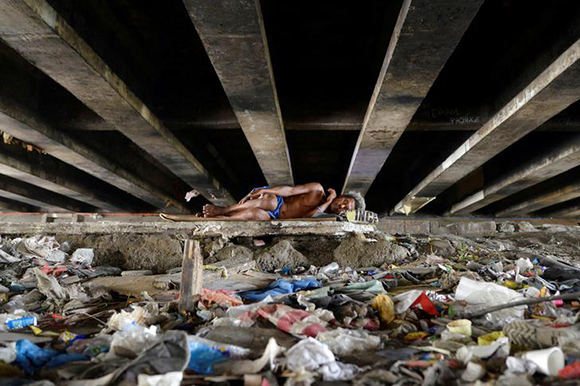 A man sleeps amidst rubbish under a bridge in Paranaque city, Metro Manila, Philippines May 31, 2016. 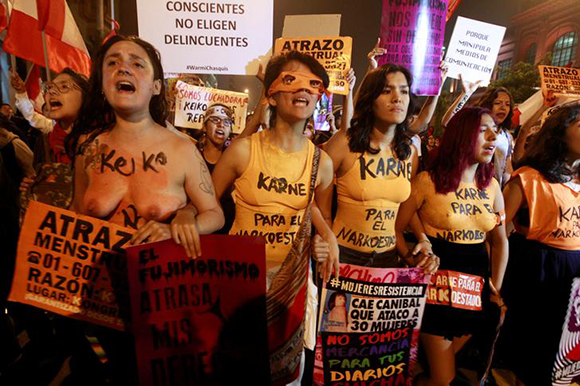 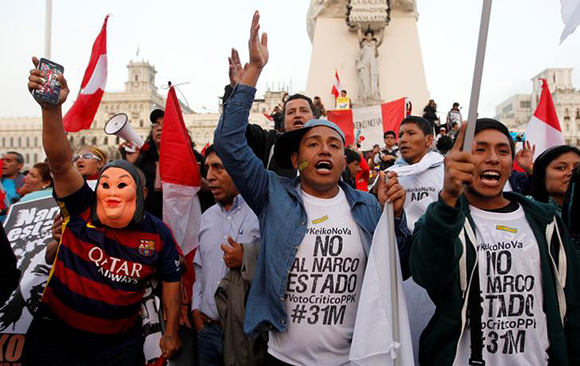 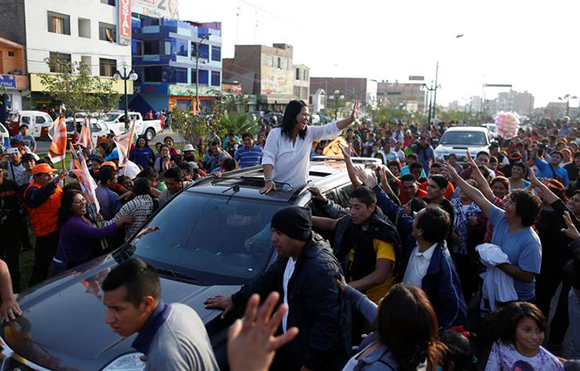 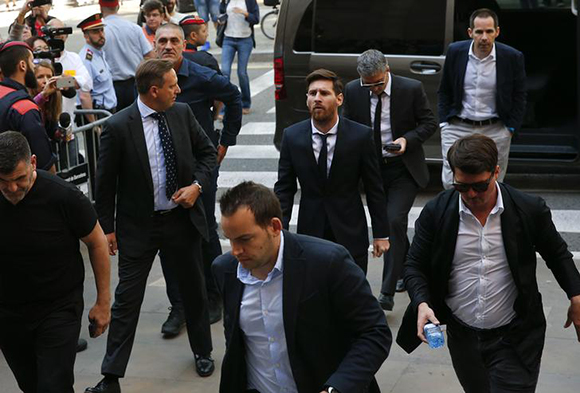 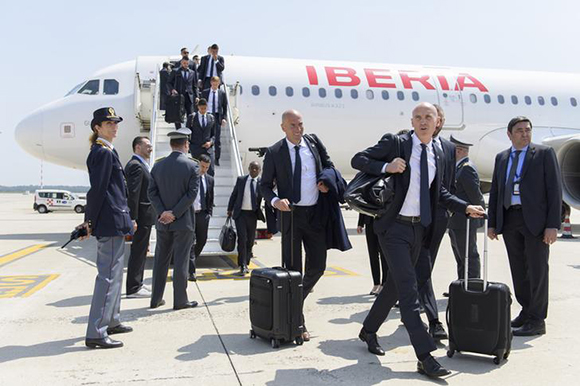 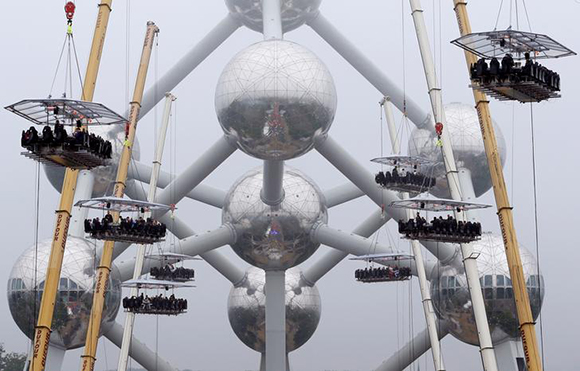 Guests sit at tables suspended from cranes at a height of 40 metres in front of the Atomium, a 102-metre (335 feet) high structure and its nine spheres, built for the 1958 Brussels World’s Fair, as part of the 10th anniversary of the event known as «Dinner in the Sky», in Brussels, Belgium June 1, 2016. 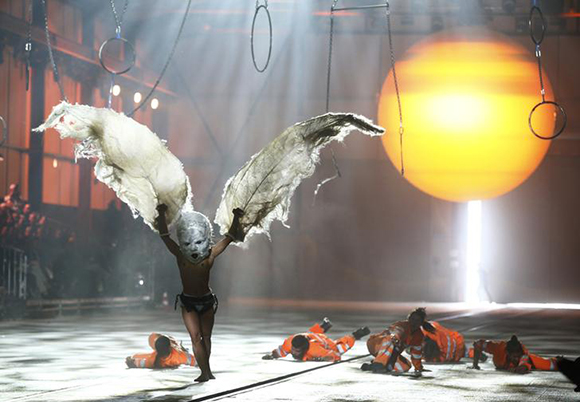 A performer dressed as a bird takes part in a show during the opening ceremony of the NEAT Gotthard Base Tunnel, the world’s longest and deepest rail tunnel, near the town of Erstfeld, Switzerland June 1, 2016.