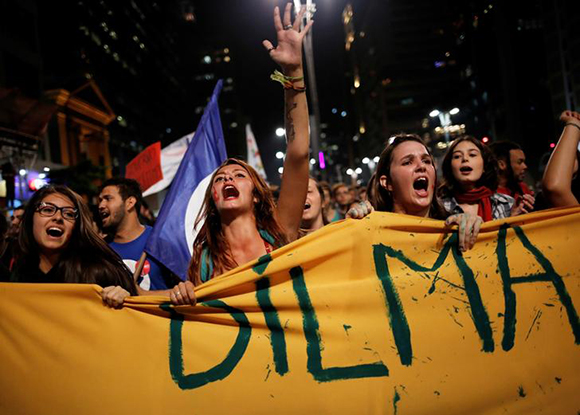 Women shout slogans during a protest against Brazil’s interim President Michel Temer and in support of suspended President Dilma Rousseff at Paulista Avenue in Sao Paulo, Brazil, May 17, 2016. 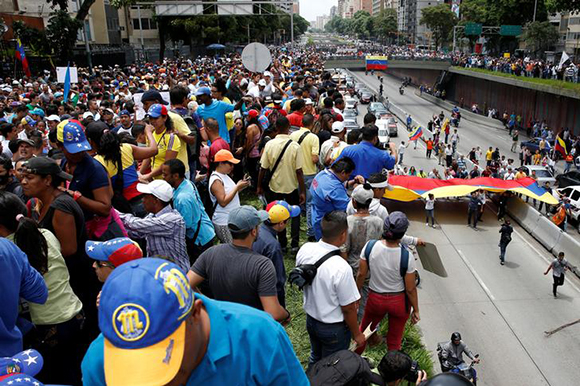 Opposition supporters carrying Venezuelan flags take part in a rally to demand a referendum to remove President Nicolas Maduro in Caracas, Venezuela, May 18, 2016. 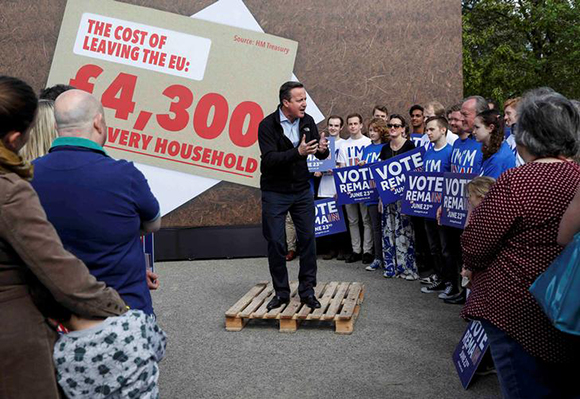 Britain’s Prime Minister David Cameron speaks at a «Stronger In» campaign rally at a school in Witney, southern England, Britain, May 14, 2016.. 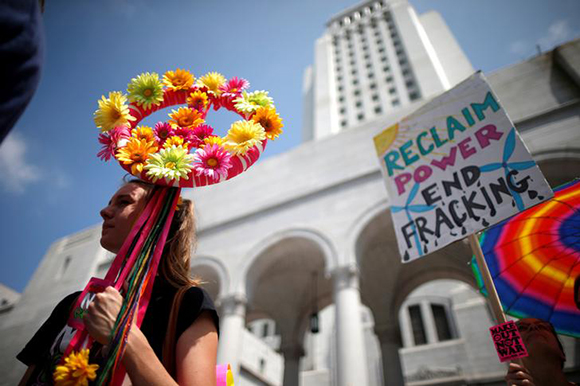 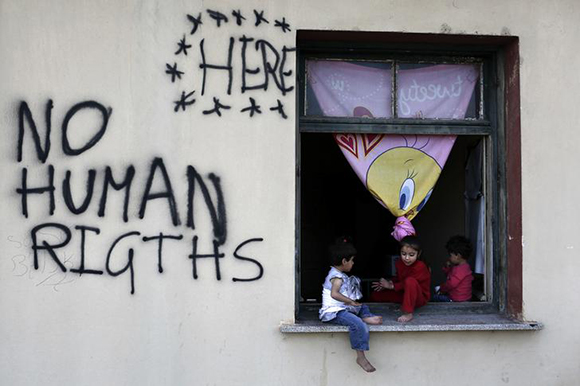 Children sit on a window sill at a makeshift camp for refugees and migrants at the Greek-Macedonian border near the village of Idomeni, Greece, May 19, 2016. 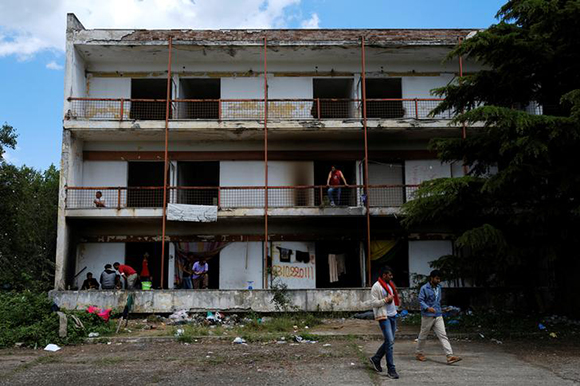 Migrants are seen in an abandoned building at the Greek-Macedonian border near the village of Evzoni, Greece, May 14, 2016. 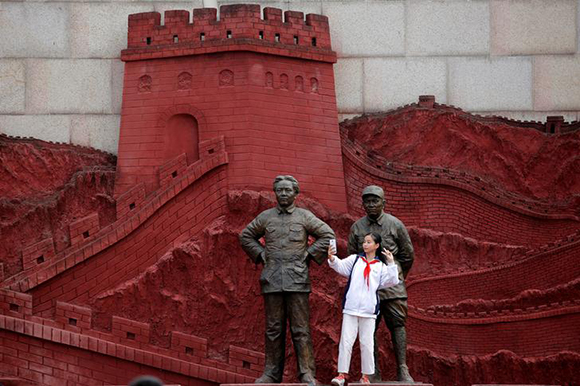 A girl takes a selfie with statues depicting late Chinese chairman Mao Zedong (L) and former general Zhu De during the War of Resistance against Japan, at Jianchuan Museum Cluster in Anren, Sichuan Province, China, May 13, 2016. 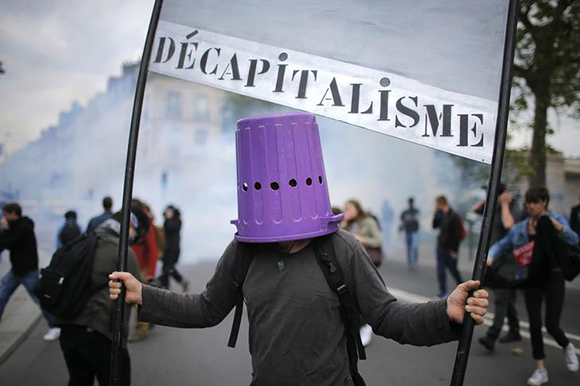 A protester wears a garbage can during a demonstration against French labour law reform in Nantes, France, May 17, 2016. 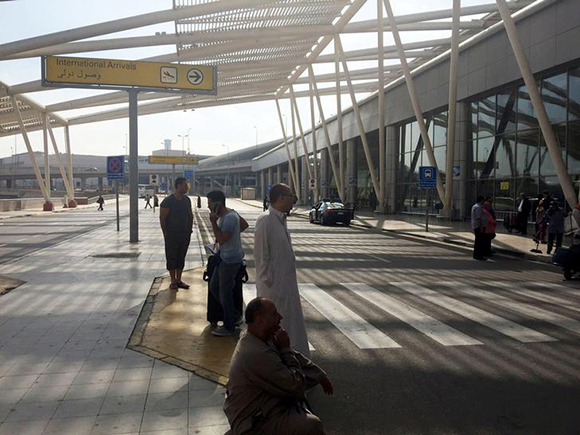 People wait outside the international arrivals terminal at Cairo Airport, Egypt, May 19, 2016. 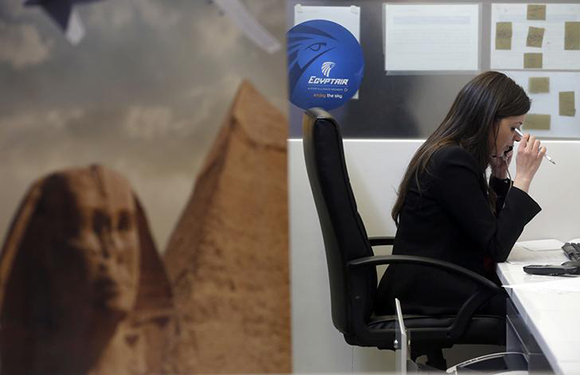 An employee works at the EgyptAir desk at Charles de Gaulle airport, after an EgyptAir flight disappeared from radar during its flight from Paris to Cairo, in Paris, France, May 19, 2016. 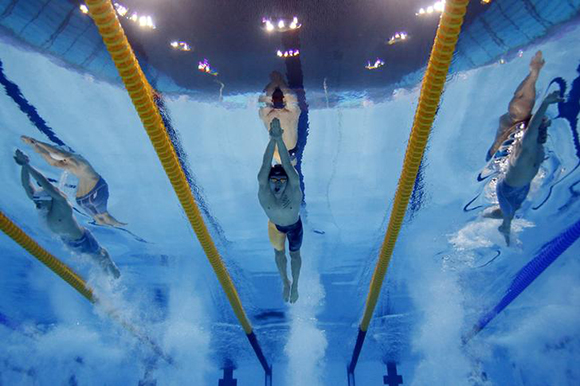 Belgium’s Glenn Surgeloose in action during the final, London, England. May 20, 2016. 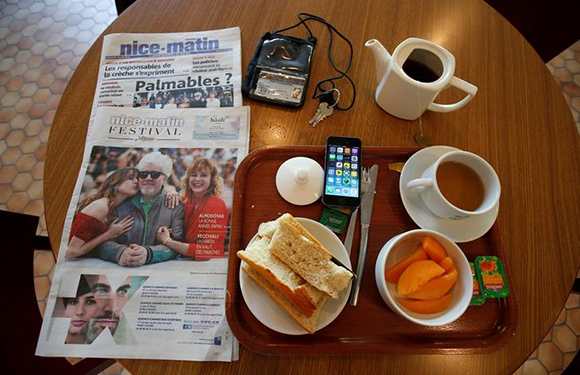 Breakfast is seen at the Campanile hotel during the 69th Cannes Film Festival in Cannes, France, May 18, 2016. 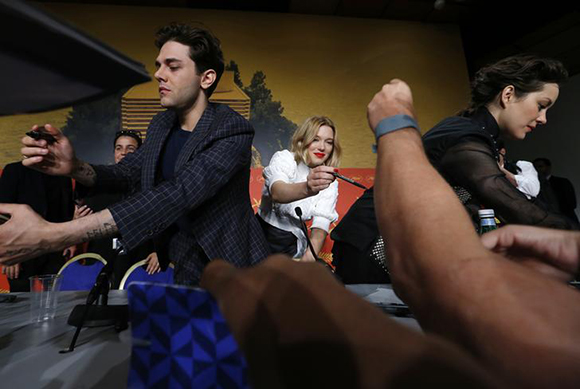 Director Xavier Dolan (L) and cast members Lea Seydoux (C) and Marion Cotillard sign autographs after a news conference for the film «Juste la fin du monde» (It’s Only the End of the World) in competition at the 69th Cannes Film Festival in Cannes, France, May 19, 2016. 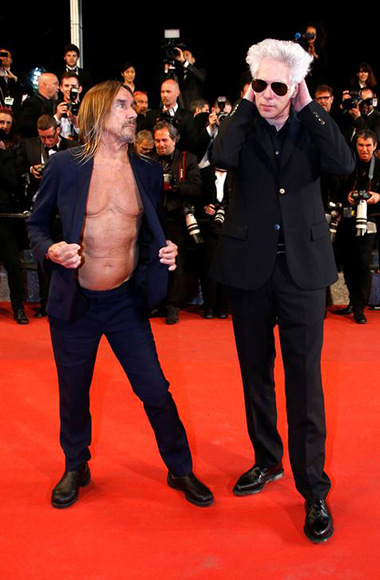 Director Jim Jarmusch (R) and singer Iggy Pop pose on the red carpet as they arrive for the screening of the film «Gimme Danger» Out of Competition at the 69th Cannes Film Festival in Cannes, France, May 20, 2016. 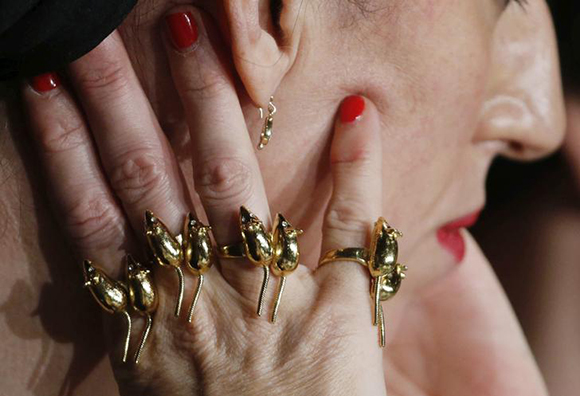 The rings on the fingers of cast member Rossy De Palma are pictured as she attends a news conference for the film «Julieta» in competition at the 69th Cannes Film Festival in Cannes, France, May 17, 2016.