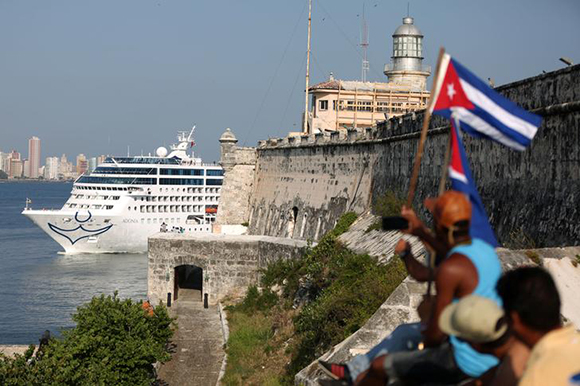 U.S. Carnival cruise ship Adonia arrives at the Havana bay, the first cruise liner to sail between the United States and Cuba since Cuba’s 1959 revolution, Cuba, May 2, 2016. 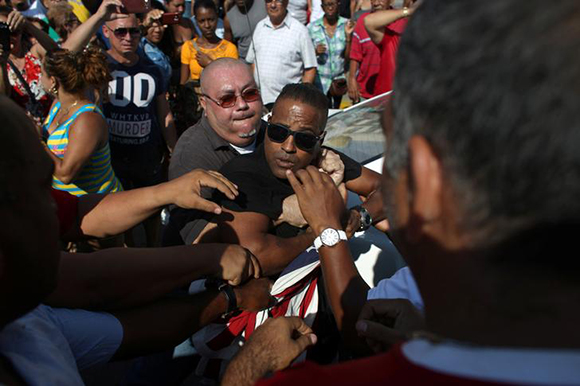 Daniel Miranda (C), 52, is detained by Cuban security personnel during the arrival of the U.S. Carnival cruise ship Adonia at the Havana bay, the first cruise liner to sail between the United States and Cuba since Cuba’s 1959 revolution, Cuba, May 2, 2016. 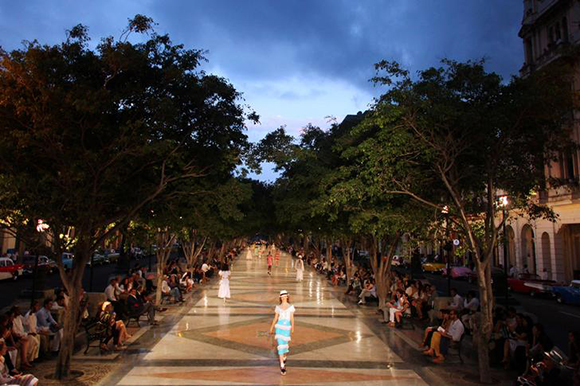 Models present creations by German designer Karl Lagerfeld as part of his latest inter-seasonal Cruise collection for fashion house Chanel at the Paseo del Prado street in Havana, Cuba, May 3, 2016. 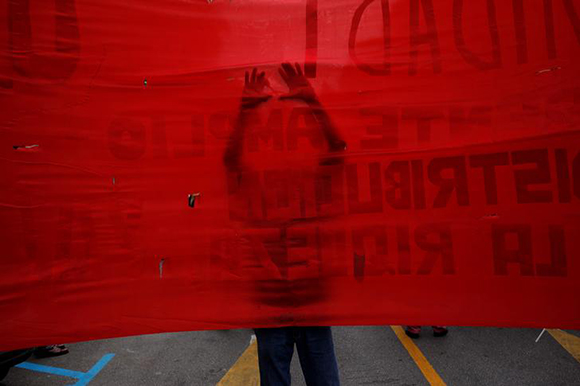 A supporter of the Communist party uses a scissors to make holes on a banner as he takes part in a May Day rally in Malaga, Spain, May 1, 2016. 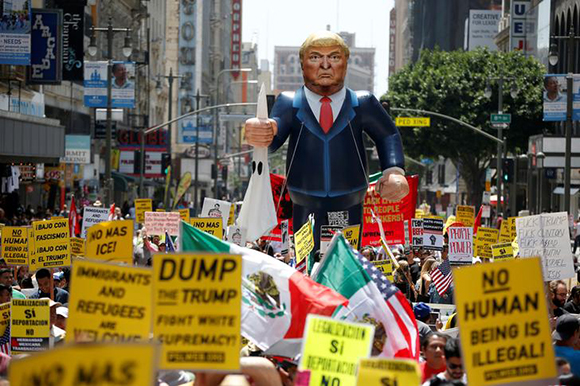 People march with an inflatable effigy of Republican presidential candidate Donald Trump during an immigrant rights May Day rally in Los Angeles, California, U.S., May 1, 2016. 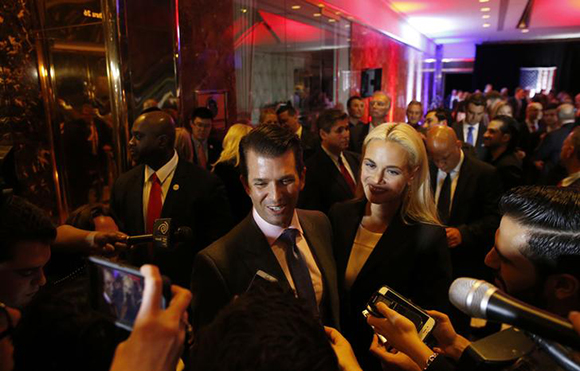 Donald Trump Jr. talks to the media as his wife Vanessa (R) looks on after his father, Republican U.S. presidential candidate and businessman Donald Trump, spoke to supporters following the results of the Indiana state primary at Trump Tower in Manhattan, New York, U.S., May 3, 2016. 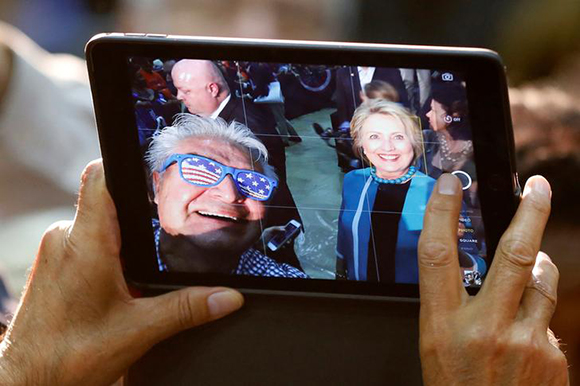 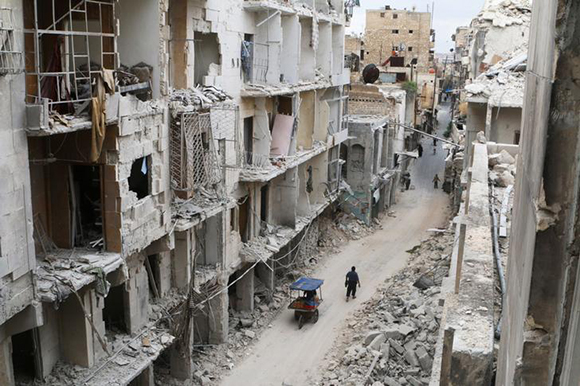 Residents walk near damaged buildings in the rebel held area of Old Aleppo, Syria May 5, 2016. 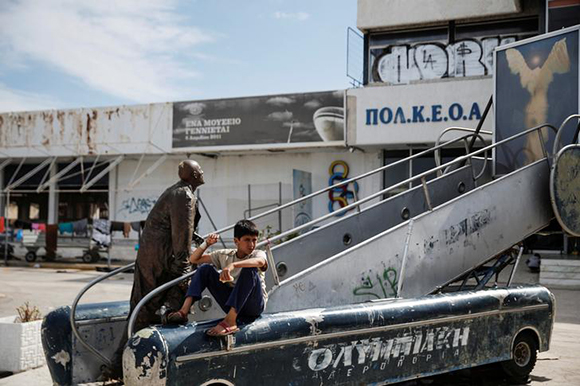 A boy sits next to an old statue outside the main building of the disused Hellenikon airport where stranded refugees and migrants, most of them Afghans, are temporarily accommodated in Athens, Greece, May 3, 2016. 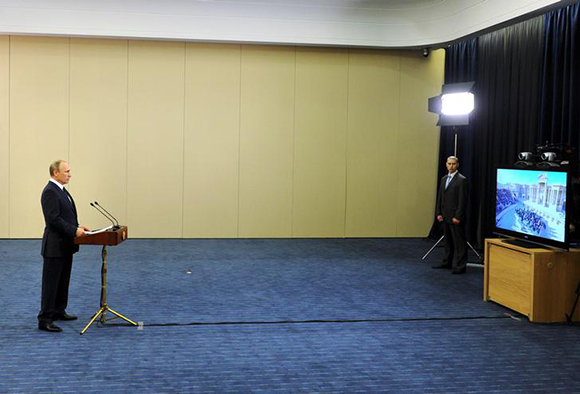 Russian President Vladimir Putin attends a video conference ahead of a classical music concert by Russia’s Mariinsky Theatre orchestra in the Syria’s ancient city of Palmyra, at the Bocharov Ruchei state residence in Sochi, Russia, May 5, 2016. 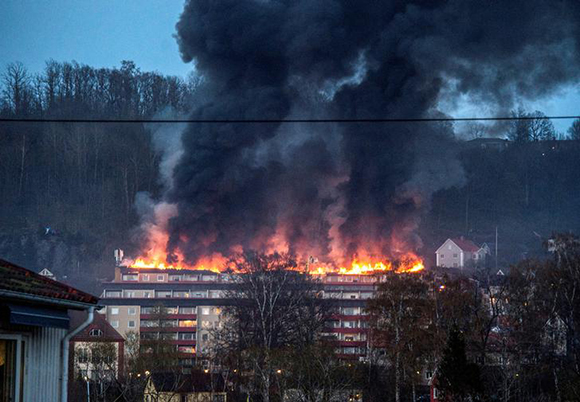 A blazing housing estate is seen in Huskvarna, Sweden, May 1, 2016. 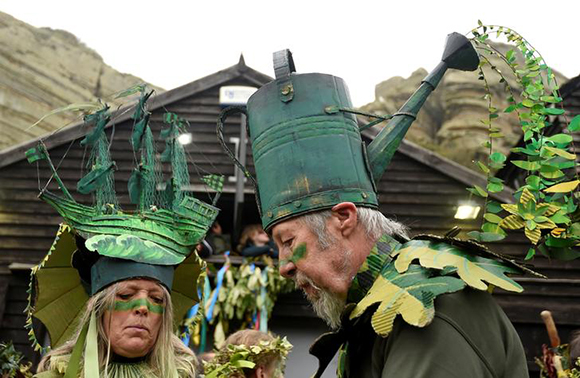 Participants take part in the annual Jack In The Green parade involving hundreds of costumed revellers joining a four hour procession culminating in the traditional ‘slaying’ of a Jack character to ‘unleash the spirit of summer’ on the May Day week end, in Hastings, southern Britain, May 2 , 2016. 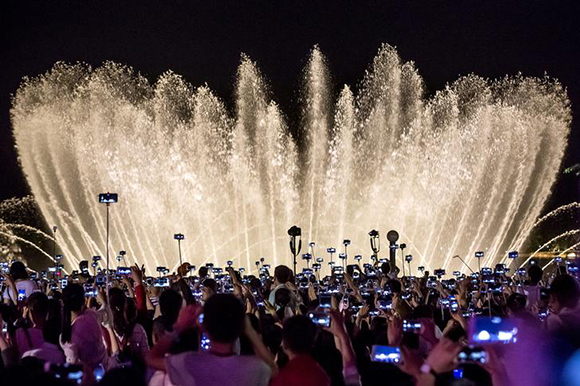 People record a water fountain show with their mobile phones in Hangzhou, Zhejiang province, China May 1, 2016. 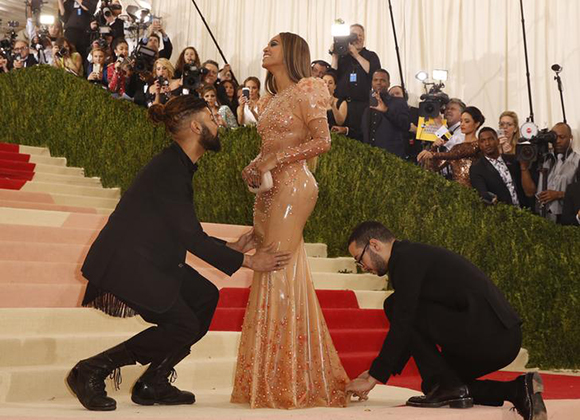 Singer-Songwriter Beyonce Knowles arrives at the Metropolitan Museum of Art Costume Institute Gala (Met Gala) to celebrate the opening of «Manus x Machina: Fashion in an Age of Technology» in the Manhattan borough of New York, May 2, 2016. 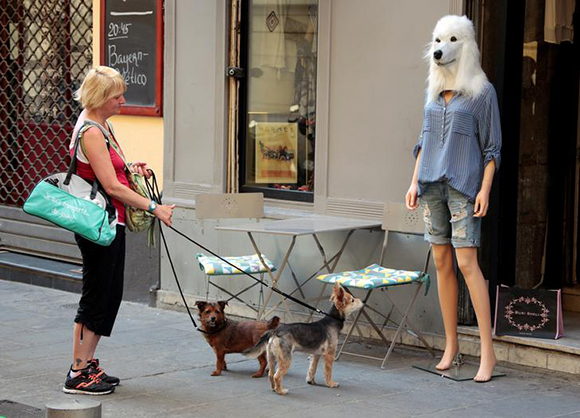 A woman and her dogs stop and look at a store mannequin wearing a dog’s head mask outside a fashion shop in Nice, France, May 3, 2016.