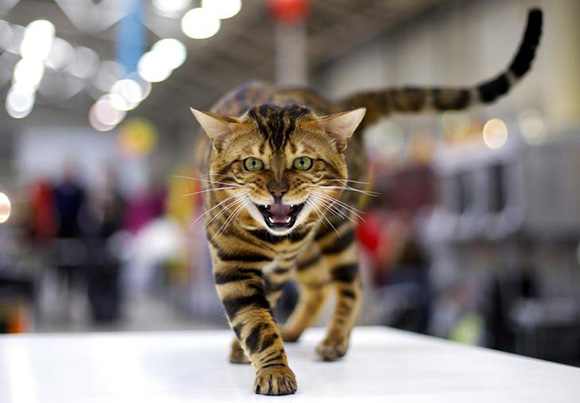 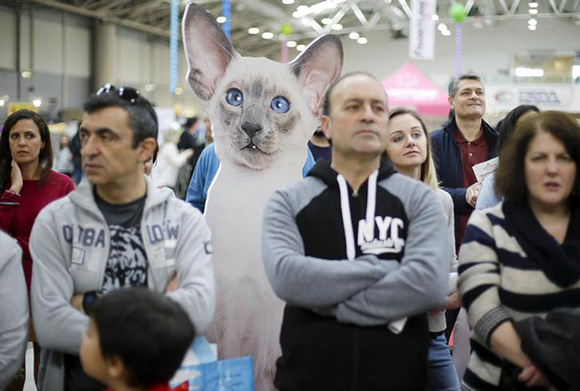 A billboard of a cat is seen among the crowd during the prize ceremony at the Mediterranean Winner 2016 cat show in Rome, Italy, April 3, 2016. 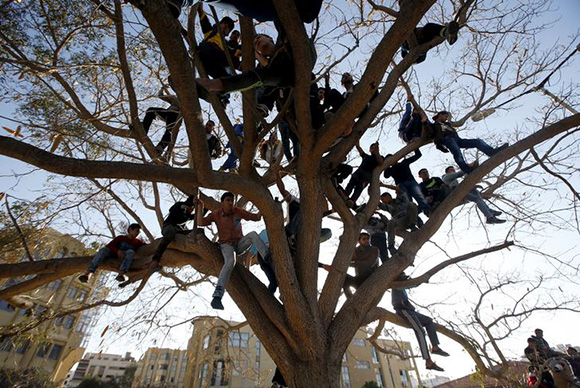 Palestinians climb over a tree as they watch a cultural carnival organized by Gaza Municipality in Gaza City April 1, 2016. 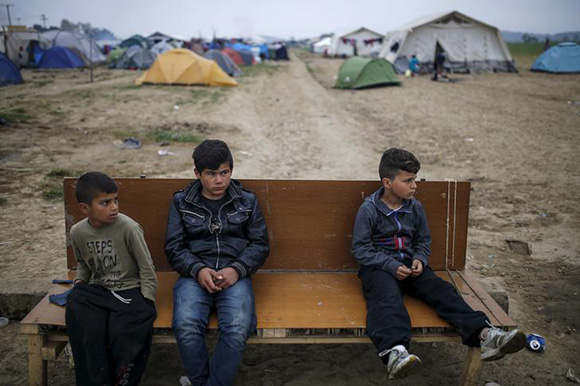 Children sit on a bench at a makeshift camp for migrants and refugees at the Greek-Macedonian border near the village of Idomeni, Greece, April 3, 2016. 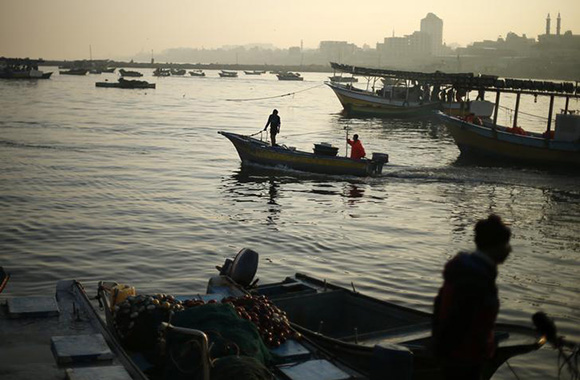 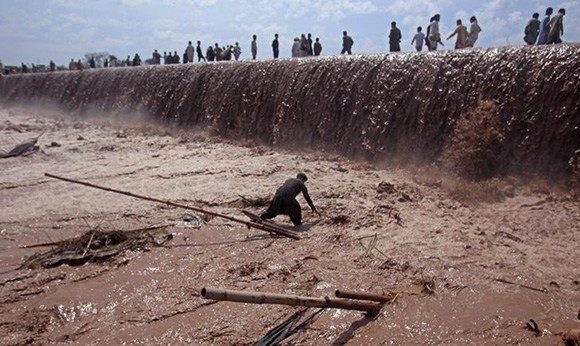 A shopkeeper tries to save belongings as residents use a bridge covered with floodwater after heavy rain in Nowshera District on the outskirts of Peshawar, Pakistan April 4, 2016. 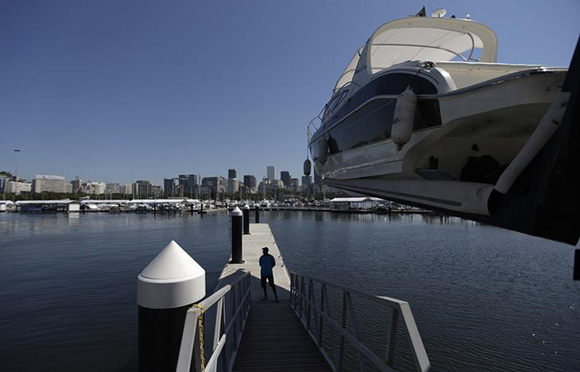 A man stands next to a boat at Marina da Gloria after its renovation ahead of the 2016 Rio Olympics in Rio de Janeiro, Brazil, April 7, 2016. 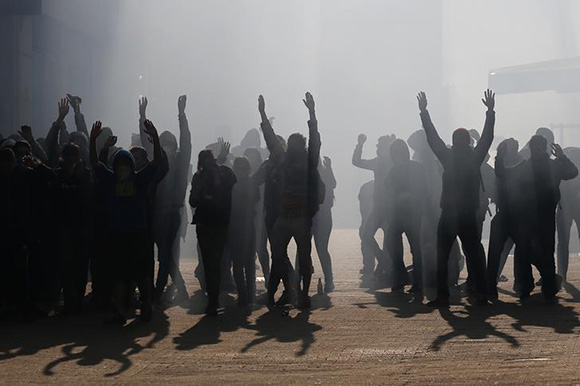 Tear gas fills the air as masked and hooded demonstrators put their hands in the air as they are surrounded by French police and gendarmes at the end of a demonstration against the French labour law proposal in Nantes, France, April 5, 2016. 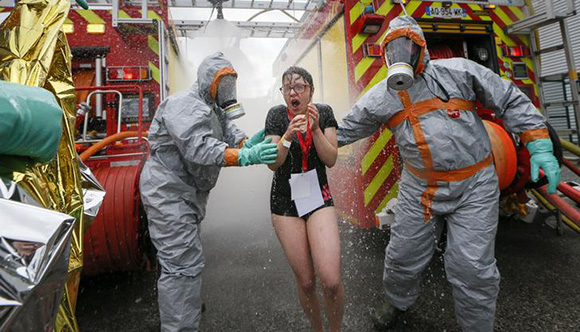 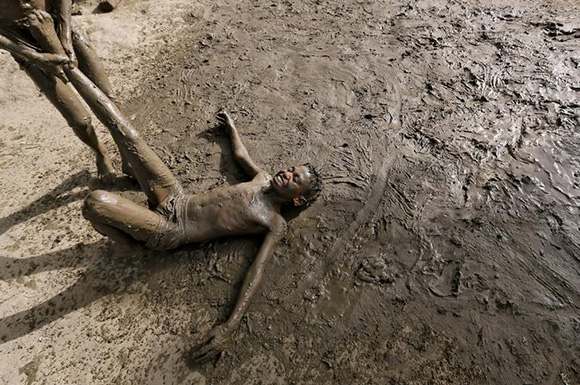 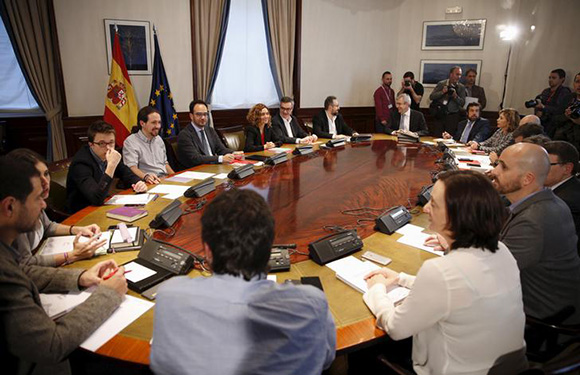 Negotiation members of Cuidadanos, Podemos and PSOE parties sit at the start of their meeting at the Parliament in Madrid, Spain, April 7, 2016. 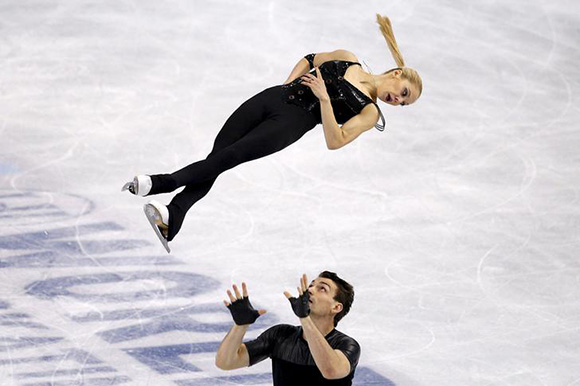 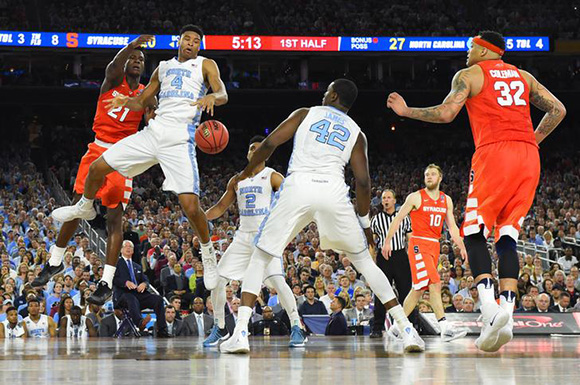 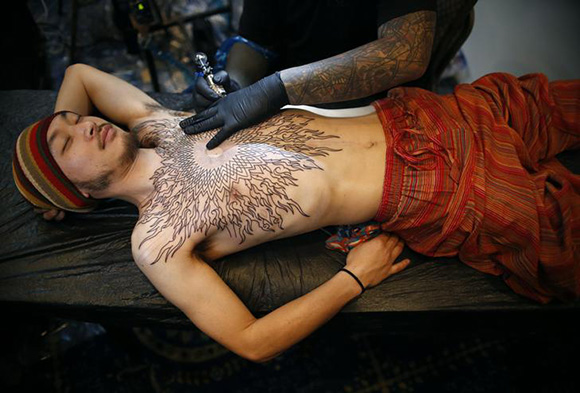 A man gets a tattoo during the Nepal Tattoo Convention in Kathmandu, Nepal, April 1, 2016. 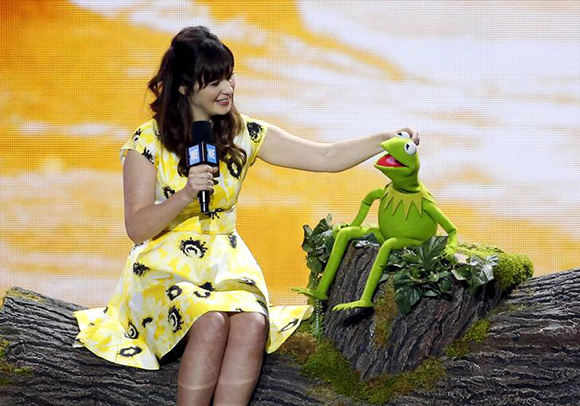 Actress Zooey Deschanel and Kermit the Frog talk on stage during WE Day California in Inglewood, California, April 7, 2016.